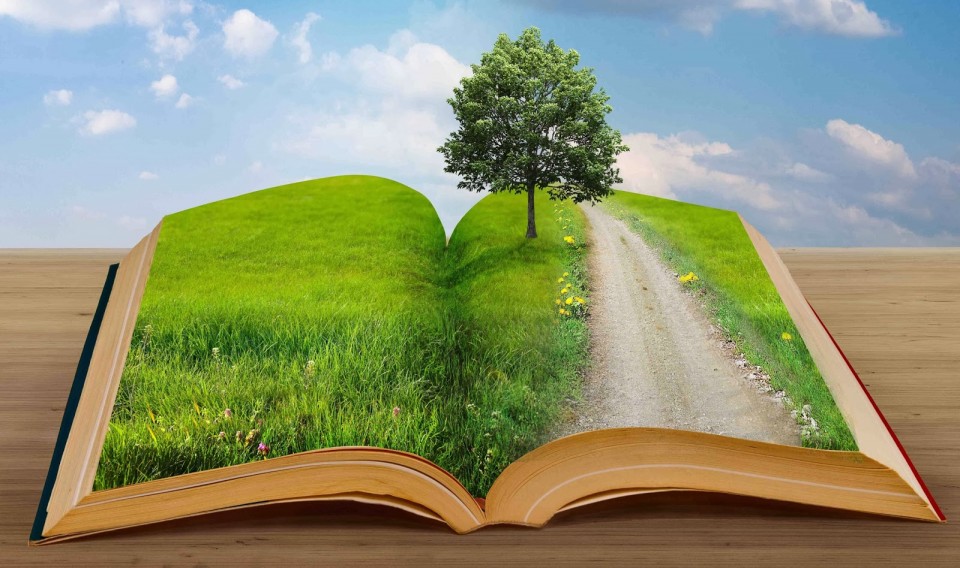 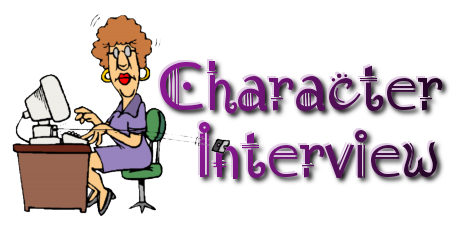 It is a pleasure to have Katie with us today at Beyond the Books!

Thank you so much for this interview, Katie.  Now that the book has been written, do you feel you were fairly portrayed or would you like to set anything straight with your readers?

First, I.am.not.a.train.wreck. There, I feel better. I would just like to tell everyone to remember that this book is fiction, and the author exaggerated. I’m not OCD, for instance. I’m really not. I just like how the carpet looks when you vacuum it backwards.

Some things she got right. Like how I feel about my jumbie house Annalise and the islands, how much the death of my parents affected me, and that I have some really wonderful friends. If I had been the one writing the story, though, I would have emphasized that sometimes people are just going through a lot of stuff, and that can have a huge impact on their behavior.

I think I’m loyal to my family and friends. Not many people would drop everything and invest their life savings to defend a friend who had sort of been hitting on their new boyfriend. Just sayin’.

I’ve been told I should exercise a little more restraint. It’s probably not a bad idea.

Well, for sure not Katherine Heigl. Did you see how she botched up that Stephanie Plum movie? A younger Connie Britton, maybe. An older Emma Stone. A more animated Nicole Kidman. This is too hard, next question.

It’s complicated. There was a guy, or I thought there was, but he went all Heathcliff on me. I had a little bit of trouble getting over him, and did some things I’m not proud of. I’m better now. I’m seeing someone. I think I want to leave it at that.

I think it was when Pamela laid it all out there about what happened during the Zane McMillan trial. I mean, I guess with the video on youtube I shouldn’t complain, but did she have to tell everyone I was mewling like a cat in the courtroom? It’s so embarrassing. I was really afraid at that point that I might come out looking pathetic.

I would so not want to be Ava, hopping from man to man. Maybe it works for her, but I’m looking for something deeper than that.

I was happy with it. I hope people can see my personal growth. I’ve come a long way. I still have a lot of work to do, but, well, read the book and you’ll see.

Think about how you would feel if the whole world got to see you at your absolute worst. Just think about it. Maybe I’m not the only one that needs to exercise a little restraint.

Thank you for this interview, Katie.  Will we be seeing more of you in the future?

You will. Pamela Fagan Hutchins has written a sequel to Saving Grace called Leaving Annalise. Why do I have this sinking feeling that I’m going to be glad I ran away to the islands when this one comes out? 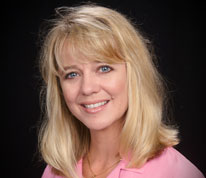 Pamela Fagan Hutchins writes award-winning mysterious women’s fiction and relationship humor books, and holds nothing back.  She is known for “having it all” which really means she has a little too much of everything, but loves it: writer, mediocre endurance athlete (triathlon, marathons), wife, mom of an ADHD & Asperger’s son, five kids/step-kids, business owner, recovering employment attorney and human resources executive, investigator, consultant, and musician.  Pamela lives with her husband Eric and two high school-aged kids, plus 200 pounds of pets in Houston. Their hearts are still in St. Croix, USVI, along with those of their three oldest offspring.

Her latest book is the mystery/women’s fiction, Saving Grace. 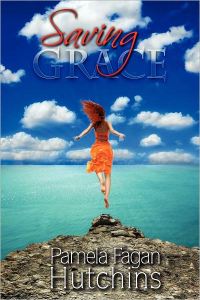 If you’re at all inclined to be swept away to the islands to fall in love with a rainforest jumbie house and a Texas attorney who is as much a danger to herself as the island bad guys, then dive headfirst with Katie Connell into Saving Grace.

Katie escapes professional humiliation, a broken heart, and her Bloody Mary-habit when she runs to the island of St. Marcos to investigate the suspicious deaths of her parents. But she trades one set of problems for another when she is bewitched by the voodoo spirit Annalise in an abandoned rainforest house and, as worlds collide, finds herself reluctantly donning her lawyer clothes again to defend her new friend Ava, who is accused of stabbing her very married Senator-boyfriend.

By admin in Character Interviews on February 4, 2013.
← Doing good deeds is what modern day fairytale ‘Princess April Morning-Glory’ by Letitia Fairbanks is all about Interview with Kathryn Rudlin, author of ‘Ghost Mothers’ →