We’re thrilled to have here today Madam from Allison M. Dickson’s thriller, STRINGS.  She’s coming to us all the way from the great state of New York.  It is a pleasure to have her with us today at Beyond the Books!

Thank you so for this interview, Madam.  Now that the book has been written, do you feel you were fairly portrayed or would you like to set anything straight with your readers?

It’s as truthful a portrayal as one can ask for. It was brutal and I wish people hadn’t seen some of the things that had happened, particularly with Victor, but I hope people can understand how trapped I felt.

I’m a survivor, through and through. Dante, my chosen father, taught me well in that regard.

I crave power and control.

Frances Fisher or Tilda Swinton would be wonderful.

Oh Benny Rosen… I wouldn’t call him a love interest necessarily, though he nearly had me fooled.

I had a feeling it would all go south with Nina. There was always something about that girl…

As poorly as I have things, I don’t know that I could survive any length of time a captor in the Ballas house.

Some endings satisfy you. Others make you crave more.

What words of wisdom would you give your author if she decided to write another book with you in it?

I suppose I could ask for mercy, but given my life up to this point, I should know better.

Thank you for this interview.  Will we be seeing more of you in the future?

I don’t think I’ll be staying put for long. 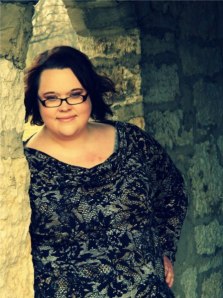 Allison M. Dickson is a writer of dark contemporary fiction living in Dayton, Ohio. Though STRINGS is her debut novel, she has been writing for a number of years, with several short stories (including “Dust” and “Under the Scotch Broom”) available on Amazon. Two of her stories were featured The Endlands Volume 2 from Hobbes End Publishing. In 2014, Hobbes End will also be releasing her dystopian science fiction novel, THE LAST SUPPER, and she is independently producing her pulpy dieselpunk noir novel, COLT COLTRANE AND THE LOTUS KILLER to be released in November of 2013. When she isn’t writing, she’s one of the co-hosts of the weekly Creative Commoners podcast.  She might also be found gaming, watching movies, hiking the local nature preserve with her husband and two kids who also serve as willing guinea pigs for her many culinary experiments.

By thedarkphantom in Character Interviews, Horror, Suspense, Thriller on October 10, 2013.
← A Conversation with Kristin Alexandre, author of GEM CITY GYPSY First Chapter Reveal: From Frights to Flaws by Sunayna Prasad →