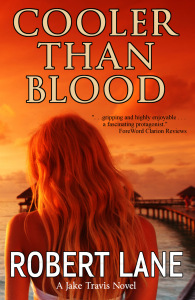 Thank you so for this interview, Joseph.  Now that the book has been written, do you feel you were fairly portrayed or would you like to set anything straight with your readers?

I don’t read books; such a tedious exercise. But I want to take this opportunity to say that I run clean, legitimate businesses. We do not tolerate or endorse violence. If everyone understands that, then we should have no problems.

My family and my businesses.

My family and my businesses. They’re my only traits. Capise?  They have to be both traits.

You seen Frozen? My daughter, she teaches third grade, took her whole class to see it. Made me watch it. Not bad for a ‘toon. Maybe one of those cartoon characters could do me. I don’t want any flesh and blood pretending to be me.

You listening? My family and my businesses.

Again…I don’t know about the book, but I can tell you this: when Travis slammed me against the wall in my condo because he thought I insinuated that, well…you know…I knew his girlfriend, Kathleen? Was I nervous? Yeah. But—and he doesn’t know this, which is going to kill him because that smart-aleck thinks he knows everything—I was eating a cashew and it got stuck in my throat. So he’s thinking he’s putting the fear of god in me, and I’m thinking, I hope I don’t choke on this thing.

There’s this one guy and he’s cooked, you know. Way over his head. A shame, really. But he did it to himself. Don’t we all?

I don’t know how the book ended, but I can tell you about the last time I saw Jake Travis. I can—but I won’t.

Leave me out. I’ve got businesses to run.

Thank you for this interview, Mr. Dangelo.  Will we be seeing more of you in the future?

You know I live in downtown St. Petersburg unless I get called back to Chicago. You seen the winters there? Travis is only fifteen minutes from me and that guy gets involved in some nasty stuff. I don’t know how he ended our story, but I’d be surprised if it’s the end of our story.

Susan and Jake had only spent one dinner together, but both felt an instant, overpowering attraction. Jake walked away.  After all, he was—and is—committed to Kathleen.  But having Susan in his life again could be dangerous:   dangerous in more ways than one.

As Jake and his partner, Garrett Demarcus, close in on finding Jenny, they uncover a shocking secret in Kathleen’s past.  Even more shocking is that Kathleen and Jenny’s life are strangely intertwined.

For Jake, this case may hit way too close to home—and what started as a race to find Jenny could become a fight to protect Kathleen.

As the case heats up and the danger escalates, Jake is forced to examine his moral boundaries.  How far is he willing to go for the woman he loves?   At what cost?  And what about that question that has dogged him since the beginning of the case: was there another person on the beach that night?

Robert Lane resides on Florida’s west coast.  He is also the author of The Second Letter.