If Books Could Talk 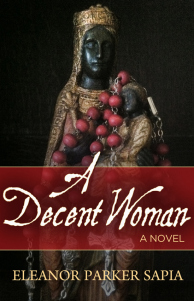 Ponce, Puerto Rico, at the turn of the century: Ana Belén Opaku, an Afro-Cuban born into slavery, is a proud midwife with a tempestuous past. After testifying at an infanticide trial, Ana is forced to reveal a dark secret from her past, but continues to hide an even more sinister one. Pitted against the parish priest, Padre Vicénte, and young Doctór Héctor Rivera, Ana must battle to preserve her twenty-five year career as the only midwife in La Playa.

Serafina is a respectable young widow with two small children, who marries an older wealthy merchant from a distinguished family. A crime against Serafina during her last pregnancy forever bonds her to Ana in an ill-conceived plan to avoid a scandal and preserve Serafina’s honor.

Set against the combustive backdrop of a chauvinistic society…