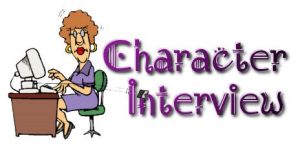 It is a pleasure to have Señorita Belén with us today at Beyond the Books!

Thank you so for this interview, Ana.  Now that the book has been written, do you feel you were fairly portrayed, or would you like to set anything straight with your readers? 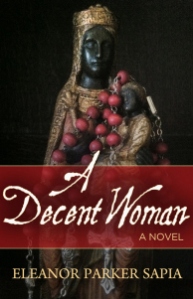 When A DECENT WOMAN begins, I am a 40-year-old, Afro-Cuban midwife who was born into slavery on a sugar plantation in Cuba. At 20, my parents hid me in the bowels of a steamer ship and I arrived in Playa de Ponce, Puerto Rico in the middle of the night. I had no family or friends on the island, and yes, a dark secret is the reason I fled Cuba. I fear this secret will ruin me, my reputation, not to mention, my livelihood as the only midwife in the Playa de Ponce.

Eleanor has worked with refugees as a Spanish-language case worker and a counselor in Belgium; and in the United States as a Staff member at a residential treatment center for children; and also with women who entered the US illegally, hoping for a better life for themselves and their children, as a Spanish-language Family Support Worker. Eleanor understands what it means to live on the fringes of society as an illegal born into poverty and repression with few rights. I believe she portrayed me exactly as I should have been portrayed–with sensitivity, dignity, and a good understanding of what women went through in history because millions of women today still suffer at the hands of men, government, and society in many parts of the world.

Yes, Eleanor did a great job portraying me. She understood what it must have felt like for a woman born into slavery to react to male-dominated, 1900 Ponce at that time—women knew their places in society and all women needed male support and protection to survive to some extent, even the women of society. For the most part, I was frightened of authority because I was poor, uneducated, and black, but I was happy Eleanor had me fearlessly forging ahead with my work. Despite many challenges involving the Catholic Church and male doctors, who’d entered the birthing room for the first time, I was feisty and determined to continue working as a midwife. My love for my midwifery clients and their children shows in the novel.

My unlikely friendship with Serafina, a member of Ponce high society, and my later friendships with prostitutes and women—white, black, brown, mulattas, creoles—all labeled as indecent by society, were challenging, but I grew from these experiences. I became a role model and mentor to younger women, but I didn’t realize that until later. When Eleanor broke down my emotional walls, I became naive, hopeful, more trusting, which was highly uncomfortable, but I found love as a result. But would this love survive because of my choices and decisions?

I have many strong traits, and I can’t pick just one! I am a hard-working, tough as nails midwife, and tender and loving with my clients and their children. Despite hoping to appear stoic and serious, I have a fun side that is shared with a select few. I am highly intuitive, courageous, a loyal friend, and I recognize that a good working relationships with the male doctors and obstetricians who have entered the birthing room for the first time, is critical, but I don’t like it. I’m a spiritual woman who practices the Yoruba tradition side by side with Catholicism with a good dose of superstition mixed in. I am stubborn and courageous.

Must I pick only one? I have many traits that get me into trouble! My childhood of slavery and the abuse I went through as a young woman, make me secretive, leery of men, and distrustful of authority. Because I had no one to rely on at an early age, I assume I know it all, and don’t make friends easily. I am judgmental, stubborn, opinionated, and a bit naive with friendships and men. I’m cautious, rebellious and at times, can appear unfeeling, but I am loyal to a fault. Near the end of my story, I could lose the love of my life, and in the end I could make the ultimate sacrifice for a dear friend who has betrayed me. I am impulsive and reactive, you see.

Eleanor has enjoyed thinking of this question for years, and Eleanor and her readers say A DECENT WOMAN would make a great film! She would love to see the talented actress Wunmi Mosaku play my younger self, and the great Viola Davis as the older Ana.

Why yes, I do. My friend, a medium named Doña Fela, predicts I’ll meet a man, a healer, who I will work side by side with. I believe I’m too old for love, but Fela insists that he will be good for me. I cannot imagine it, as I don’t trust men. Who would want a forty-year-old woman with no money and such crippling emotional baggage from her past? And what about my secret? If the man found out what I had done in Cuba, he would surely turn his back and leave me. I can’t fathom another great loss in my life, but I do meet such a man. Eleanor picked the perfect man for me!

When I am forced to move from Barrio Playa de Ponce to Barrio San Anton, I meet two young prostitutes and their pimp. I begin to worry that I should move because the man frightens me, and reminds me of the overseer in the Cuban plantation of my youth. The young women take huge risks, and sometimes I am involved. Near the end, I wrestle with feelings of anger and hatred when my friend Serafina is harmed, and I hatch a plan that could go very badly for me when I involve the young prostitutes.

A reader might think I’d love to trade places with my best friend, Serafina, who marries into a prominent, wealthy Ponce family, but I wouldn’t. Although I love Serafina, she suffers greatly at the hands of her husband, Antonio. I dream of a family and the love of a good man, but I can’t imagine living Serafina’s life.

Eleanor’s editor and a few advanced readers were concerned with the original ending. Eleanor thought long and hard about it…and came to a conclusion. You will have to read the book to know my outcome!

Eleanor is researching for the sequel to A DECENT WOMAN called Mistress of Coffee. At the moment, she is wrestling between writing her second historical novel, also about colonial Puerto Rico, or diving back in with the sequel, which begins in 1920, in the mountains of Yayuya in Puerto Rico. She is close to making a decision.

Thank you for this interview, Ana Belen.  Will we be seeing more of you in the future?

Well, I might be in the sequel, Mistress of Coffee, and because of my advanced age, I would be in the role of counselor, mentor, advisor, and always with my signature humor, courage, and clarity. Serafina and I have been through a lot together, and in the sequel, we might watch as Serafina’s daughter Lorena and her three, younger brothers forge the way for a new Porto Rico in opposition of the United States’ control of the island. Stay tuned to see if I’m in the sequel!

Thank you very much for this interview, Beyond the Books! Please watch for the release of A DECENT WOMAN in March 24, 2015 with Booktrope! 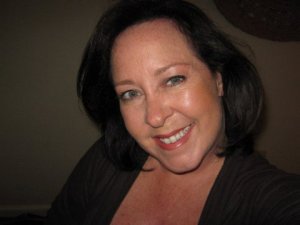 Puerto Rican-born novelist, Eleanor Parker Sapia, was raised in the United States, Puerto Rico, and Europe. Eleanor’s life experiences as a counselor, alternative health practitioner, a Spanish language social worker, and a refugee case worker inspire her passion for writing. When Eleanor is not writing, she facilitates creativity groups, and is making plans to walk El Camino de Santiago a second time. A Decent Woman is her debut novel. Eleanor is the mother of two adult children, and she lives in West Virginia.

Ponce, Puerto Rico, at the turn of the century: Ana Belén Opaku, an Afro-Cuban born into slavery, is a proud midwife with a tempestuous past. After testifying at an infanticide trial, Ana is forced to reveal a dark secret from her past, but continues to hide an even more sinister one. Pitted against the parish priest, Padre Vicénte, and young Doctór Héctor Rivera, Ana must battle to preserve her twenty-five year career as the only midwife in La Playa.

Serafina is a respectable young widow with two small children, who marries an older wealthy merchant from a distinguished family. A crime against Serafina during her last pregnancy forever bonds her to Ana in an ill-conceived plan to avoid a scandal and preserve Serafina’s honor.

Set against the combustive backdrop of a chauvinistic society, where women are treated as possessions, A Decent Woman is the provocative story of these two women as they battle for their dignity and for love against the pain of betrayal and social change.

Find out more on Amazon.

By thedarkphantom in Uncategorized on March 26, 2015.
← Book Trailer Spotlight: A Decent Woman, by Eleanor Parker Sapia In the Spotlight: I Just Wanted Love by D.J. Burr →