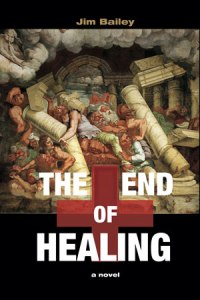 Thank you so for this interview, Bruce.  Now that the book has been written, do you feel you were fairly portrayed or would you like to set anything straight with your readers?

Look, this book has been a nightmare for me. I mean, it’s pretty clear that Bailey prefers that goody-goody Don Newman over me. He made me look like a big jerk and I’ve had to do a lot of damage control to salvage my reputation. People who know me will tell you that a lot of the stuff he wrote about me was completely bogus.

Well, he did a great job of entertaining the readers at my expense. Of course I would like to have been portrayed differently! How would you feel? I admit I’m the kind of guy who tells it like it is, but I’m not a jerk.

Spouting off when I should keep my mouth shut. Wait – don’t print that.

Frances, hello! She’s the hottest thing this side of the Rio Grande. Smart, too. Of course, she’s really pissed at me right now, but she’ll get over it. And by the way, don’t believe everything Bailey wrote in the book about what happened between us. Frances’ll come around. We make a good-looking pair — you can’t argue with that, right?

That trip to DC. Sampson was so naïve about how business gets done in this country. I knew then I’d made a big mistake going to study with him. Don’t get me wrong – Sampson understands a lot about the problems in healthcare and he means well. But it’s better to work the system the way it is. If you can’t beat ‘em, join ‘em, that’s what I say.

Well, I’m just glad I got out of there before that craziness with Don by the omphalos, or whatever they call it. I mean, does anyone really believe all that? I think the whole thing is ridiculous. Obviously Don had a nervous breakdown or something. Or maybe a hallucination from lack of sleep. How else would you explain it?

What words of wisdom would you give your author if he decided to write another book with you in it?

Don’t. Please. Just leave me out of it.

Thank you for this interview, Bruce.  Will we be seeing more of you in the future?

Well, I’m not prepared to announce anything just yet, but I’ve formed an exploratory committee to study my options. Don’t worry, you’ll be the first to know!

Title: The End of Healing

Dr. Don Newman, a resident physician at the renowned University Hospital, awakens in a windowless call room in the middle of the night to the screams of his pager. As he runs to a dark ward to attend to a dying woman strapped to a bed, Don realizes that despite having worked long and hard to become a doctor—and having sworn to do no harm—harm has become his business.

So begins Dr. Newman’s quest to become a healer in a system that puts profits ahead of patients. Abandoning his plans to become a cardiologist, Dr. Newman enrolls in an Ivy League graduate program in health system science, where an unorthodox professor promises to guide him ever deeper into the dark secrets of the healthcare industry. Along with fellow students Frances Hunt, a sharp and alluring nurse practitioner, and Bruce Markum, a cocky, well-connected surgeon, Dr. Newman begins a journey into the medical underworld.

When Dr. Newman unearths evidence of a conspiracy stretching from the halls of Congress to Wall Street and even to his small campus, his harmless course of study becomes deadly serious. Will he be silenced? Or will he find a way to save his patients and others from needless torture? One thing is certain:  the path to healing is fraught with danger. Will this path lead Don to a dead end? 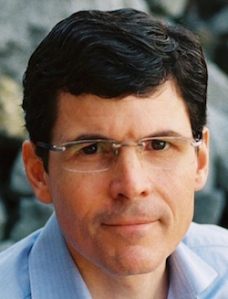 Jim Bailey is a fellow in the American College of Physicians and professor of medicine and preventive medicine at the University of Tennessee Health Science Center in Memphis, where he directs the Center for Health Systems Improvement, cares for the sick, and teaches doctors in training. His research appears in many peer-reviewed medical journals, including AMA, Journal of General Internal Medicine, and Annals of Internal Medicine. Dr. Bailey has an abiding passion for the classics, medical history, and ethics, and believes that sharing our stories can heal.The End of Healingis his first novel.