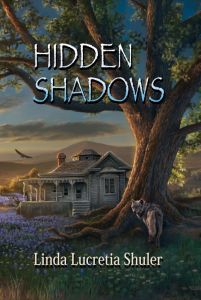 It is a pleasure to have her with us today at Beyond the Books!

Thank you so for this interview, Cassie.  Now that the book has been written, do you feel you were fairly portrayed or would you like to set anything straight with your readers?

It took a while for the author to know who I really am. I don’t think Linda would mind if I use her first name; we’re close now. I think of her as a sister. Although I didn’t at first. I didn’t trust her then.

I’m a private person, really – full of dreams, musings, hidden fears. So much has happened in my life, so much love and so much sorrow – the kind that rips you apart. I’ve made some stupid mistakes, but who of us hasn’t? It takes a while to share these hidden parts of yourself, the good as well as the bad. We all are a mix, aren’t we? None of us perfect. All of us a stew of feelings.

“Colorizing.” Hum. Now that’s a curious choice of words. To be honest, it’s hard to see oneself from another’s eyes. I never thought myself beautiful, although friends tell me otherwise. I’ve just turned forty-five, after all. Bits of gray in my hair, and some lines starting to appear under my eyes. As for my personality, Linda’s been relentless, digging right down inside me, forcing me to realize things about myself I didn’t understand before. Sometimes I think she goes overboard, like with my dreams. Dreams should be private, shouldn’t they? And here she is, spilling them to the world. Especially my visions of ancestors who once lived in this creaking old homestead. I can feel their spirits here, warm, kind – well, all except one. But I don’t want to talk about him.

What’s the next question?

My strongest trait? Lordy, give me a moment to think . . .

Perhaps my strongest trait is my sensitivity, my awareness of thing felt, but not seen: the  struggles of others, hidden within them; the spirituality of animals, such as the wolf who seems to have adopted me; the faint music of long-ago echoing among the hills; the soft footsteps and whispers of spirits within the walls of my ancestral home. It’s natural to me, this lovely way of responding to the world.

My strongest trait is also, in a weird way, one of my weakest. I can be overly sensitive, easy to wound. My imagination often runs rampant, tossing me into a whirlwind of anxiety.

On second thought, maybe my worst trait is the reluctance to let go of the past. Memories, longings, hopes unfulfilled – these haunt me.

Angelica Joli. I love her intensity, the graceful way she moves, like a panther. She has chutzpa too; I can’t imagine her sitting down and letting the world pass her by. And emotional! Everything she feels flits across her face; no words are needed.

Oh, yes. He’s gorgeous. Mercurial. Talented. Frustrating. Tormented, I think, by his past. Quick to anger, I suspect. I don’t know if he’s as quick to love. He chose someone else – a tight-lipped, icy queen who claimed him as her own.

I’ll let you discover the rest.

To be honest, I was nervous from the beginning. I mean, couldn’t Linda at least give me a break?  I had to knock her in the head a time or two – or tried to, at any rate. She must have heard me, because she finally came around to seeing things my way.

Guy, a tormented soul. Something about him scared me in the beginning. Still does, as a matter of fact.

It surprised me. I mean, you make plans and life suddenly throws something else at you. But isn’t that the way it goes? Life is a journey toward the unexpected. I’m here, I’m healthy, I’m smiling. That’s all I’d better say.

Thank you for this interview, Cassie.  Will we be seeing more of you in the future?

Oh, I would love to think so! However, there’s a kink: My ancestors are rattling around in Linda’s thoughts, demanding to be heard. I suspect she’s going to write about them next. Theirs is an interesting story, my pioneer forefathers (or is it foremothers?) and the dangers they faced so bravely as they settled in this wild corner of Texas. Since I’m part of them, I’m part of their story, too.

Linda Lucretia Shuler wrote her first story when she was six, Koko the Monkey, which she still has tucked into a drawer. Since then her stories and poems have appeared in anthologies and literary journals, and a handful of her plays have been produced in schools and community theatres.

Linda received a BFA in theatre from the University of Texas, and an MA in theatre from Trinity University while in residence at the Dallas Theatre Center. She taught theatre arts in college and high school for three decades, loving every moment and directing nearly a hundred plays in the process. She also wrote theatre arts curriculum K-12 for Houston ISD, conducted numerous workshops, and performed in community theatres.

Hidden Shadows, Linda’s debut novel, takes place in Willow City, a ruggedly beautiful section of the Texas Hill Country less than three hours from her home in San Antonio. Several other manuscripts are in the works, reaching across the genres. These include a prequel to Hidden Shadows, plays, and a collection of poems and a half-dozen different story ideas demanding attention.

Linda enjoys participating in Toastmasters, writer organizations, critique groups, and book clubs. She continues her love of theatre, delights in watching the birds flocking outside her office window, and is an enthusiastic fan of San Antonio’s championship basketball team, the Spurs.

Hidden Shadows is a story of connection: to the land, to our ancestors, to others, to ourselves – and to the redemptive power of love:

Cassie Brighton, devastated by the accidental death of her husband, flees to a remote homestead deep in the rugged Texas Hill Country. Alone in a ramshackle farmhouse steeped in family secrets, Cassie wages a battle of mind and heart as she struggles to overcome the sorrows of her past, begin anew, and confront the possibility of finding love again.

What people are saying:

“Hidden Shadows is a wonderful novel of a women’s journey of self-discovery and search for purpose. The characters will win your heart (and sometimes break it) in this beautifully written and satisfying story of loss and renewal.”

Award-winning author of The King’s Daughter: A Novel of the First Tudor Queen

By thedarkphantom in Character Interviews, Literary Fiction, Romance on September 18, 2015.
← In the Spotlight: Trail Mix by Paulita Kincer Interview with Mike Hartner, author of ‘I, Mary’ →