We have a wonderful guest post for you today by Kim Baccellia, author of the new paranormal young adult fiction, Crossed Out. Visit Kim’s website at www.kimbaccellia.com. 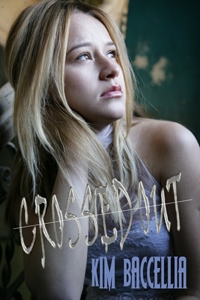 Young Adult novels have changed a lot in just a few years.  I’ve learned a few things by reviewing this genre.  Just because there’s a teen in a book doesn’t mean it’s YA.  Once I was in a critique group that got offended when my heroine used the f-bomb or if my scene had edgy material.  Some of my favorite comments included: She’s too mouthy and disrespectful. I wouldn’t want my daughter to be like this! I can’t believe you actually wrote that!

Needless to say I’m not in that group anymore!

Here are some tips I’ll learned on my own writing journey:

Kim Baccellia has always been a sucker for the paranormal. She blames it on her families’ love for such things such as having picnics at cemeteries, visiting psychics, and reading her mother’s copies of the daily horoscope. She even had her own horoscope column in middle school, which was a big hit! Kim’s other works include the poem, “My Father”, which appears in the anthology Mind Mutations, published by The Sun Rising Press. Her essay about the adoption of her son, Finally, Our Turn, appeared in Adoptive Families magazine. Her YA multicultural fantasy, Earrings of Ixtumea, is published by Virtual Tales and available now at Amazon. A member of SCBWI, Kim is currently writing the sequel to Crossed Out, her latest paranormal young adult fiction novel. She’s also putting the finishing touches on an upper MG fantasy No Goddesses Allowed. She lives in Southern California with her husband and son. 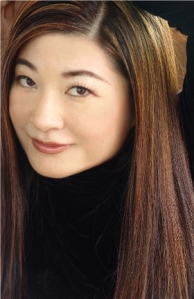 Kailin Gow is the multi-published Author of The Shy Girls Social Club Handbook for Dealing with Bullies and Other Meanies and 30 more books for teens and young adults, including The Gifted Girls Series which have been recommended by the Parents Teachers Association, PBS Kids, Homeschooling organizations, and Best Teens Books lists.  Her fiction titles for older young adults and adults are:  Diary of a Discount Donna (A Fashion Fables Novel), and the newly released The Phantom Diaries and Rise of the Fire Tamer (Wordwick Games Book 1).  She holds a Masters Degree Communications Management from USC, and Bachelors Degrees in Drama and Social Ecology from UC Irvine.  She is a mother, a mentor for young women, and the founder of the social group for girls age 13 to 19 called Shy Girls Social Club at shygirlssocialclub.com.

Welcome to Beyond the Books, Kailin.  Can we start out by telling us whether you are published for the first time or are you multi-published?

Glad and honored to be here!  I’m a multi-published author with three books just released – Bitter Frost – a fantasy romance, The Phantom Diaries – a sexy paranormal romantic mystery, and Rise of the Fire Tamer (The Wordwick Games Book 1) – a young adult fantasy adventure. 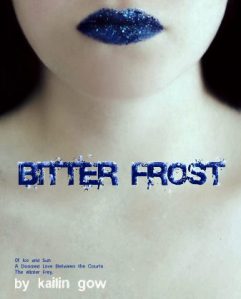 What was the name of your very first book regardless of whether it was published or not and, if not published, why?

The Midnight Crew – written when I was 9 years old, which was a fantasy adventure with an unlikely hero – a squirrel knight in Medieval Times who live in a city within a tree.  No – never published because I was 9 years old when I wrote it, and it was purely for fun.

For your first published book, how many rejections did you go through before you either found a mainstream publisher, self-published it, or paid a vanity press to publish it?

For my first book, meant for publication, I was fortunate to have found a publisher right away.  It was a query, then a proposal that got the book through the door of a traditional publisher.  They were set on publishing the book, but when I learned it would take at least a year to prepare and get the book out there, I decided to publish the book myself, under Sparklesoup Publishing.  The book series was The Gifted Girls Series, which was written for older tweens.  It was written for the purpose of helping kids or tweens through an emotional period in U.S. history – September 11 where part of the proceeds from the first book, Lucy and the Liberty Quilt, would be donated to the American Red Cross.  The book series follows the story of five girls from around the world from different time periods in history where there were challenges.  Each girl discovers their gifts and how it can help others in the world.  This series was so well-received, especially by schools and organizations such as the Mental Health Alliance and PBS Kids, that it launched me into full-time writing and publishing.

How did the rejections make you feel and what did you do to overcome the blows?

I was fortunate not to have experience rejections with the books I query, but I have experienced rejections in life.  They’re no fun, of course.  The thing to do is to pick yourself up and try try again.  Never give up.  Persistence is a major part of success.

When your first book was published, who published it and why did you choose them?

Sparklesoup LLC.  I chose to go with Sparklesoup LLC because it is a traditional publishing house that publishes quality books similar to major publishers, but provide a boutique publishing environment, where authors get support and guidance on their manuscript from the principles of the publishing house.  The royalty is above standard and every author, whether they are multi-published or newly-published, will get a trailer made for their book and other marketing support.  Sparklesoup LLC is also a production company, located close to the heart of film production – Los Angeles.  This is an added plus because Sparklesoup works with producers and knows what kinds of books will appeal to them for production.

How did it make you feel to become published for the first time and how did you celebrate?

Like I’m fulfilling one of my must-do’s in life!  Every person has a story in them, and their story is unique.   I celebrated by giving a bunch of copies to the American Red Cross and to some local schools.

What was the first thing you did as for as promotion when you were published for the first time?

I did a radio tour.  During college, I was a host of two shows – one for women and the other was about culture.  I feel very comfortable with radio interviews and even television interviews so I felt this was the right medium at the time.

If you had to do it over again, would you have chosen another route to be published?

No – I absolutely love the fact that everything happened the way it did.  It was a blessing, and I love being able to bring a charitable and empowering edge to my books because I was and still am published through Sparklesoup LLC.

Have you been published since then and how have you grown as an author?

Yes.  I certainly have grown as an author.  I was first published in 2001, which has been a while, and since then I’ve grown as a person having experienced more in life such as motherhood.

Looking back since the early days when you were trying to get published, what do you think you could have done differently to speed things up?  What kind of mistakes could you have avoided?

One thing I would’ve done better would be to hire someone to do most of the marketing/pr.  That is a full-time job in itself.

What has been the biggest accomplishment you have achieved since becoming published?

Becoming a mother and being able to balance an author’s life with raising a young girl.  Being a mother of a girl has also made me more focused on writing and bringing books that will help girls and women develop better self-esteem and confidence.  That’s why I mentor young women and even have a club for young women in their teen years to join and form supportive friendships with each other.  The site is shygirlssocialclub.com, launching this summer in July.

If you could have chosen another profession, what would that profession be?

I love what I’m doing now, but I would love to do what Oprah or Tyra Banks is doing – hosting a talk show that helps women.

Would you give up being an author for that profession or have you combined the best of both worlds?

How do you see yourself in ten years?

I’ll be writing and coming up with stories until I can’t physically do it.  In ten years I hope to continue what I’m doing but much better.

Any final words for writers who dream of being published one day?

Yes – follow your dreams and be persistent.  If you get feedback from a publisher or an editor, listen to the feedback and see if you can improve upon your work.  Last of all, don’t give up hope.  In closing, I’d like to share my favorite motto – If there is a will, there is a way.  Good luck and thank you for having me.