Interview: Geoff Armstrong, Author of Moments That Made America 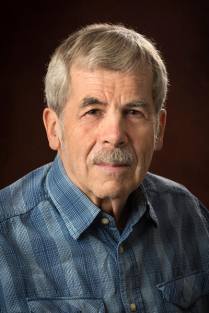 Geoff Armstrong began his teaching career in 1965 after receiving a teaching diploma from McGill University’s Macdonald College. He earned a Bachelor of Arts degree from Montreal’s Concordia University in 1967 where his major field of study was history. Armstrong credits writers such as Bruce Catton, and Thomas B. Costain, as well as the encouragement of his father who had little formal education, but a deep love of reading and of history, as the inspiration for his own life-long interest.

Throughout a 25-year teaching career he taught history at several grade levels and learned quickly that to reach the hearts of his students, history had to be made immediately and deeply relevant and accessible: that some event that took place centuries before those students were born had a direct and profound influence on every aspect their lives. He also learned that talking down or writing down to his students was a recipe for defeat. It is this awareness, shaped by a quarter century of teaching and countless questions by thousands of intelligent young people that has informed and shaped his writing.

His latest book is Moments That Made America: From the Ice Age to the Alamo.

Q: Welcome to Beyond the Books, Geoff.  Can we start out by telling us whether you are published for the first time or are you multi-published?

This is the second time I’ve published a book. The first time was back in 2005 and it was self-published. 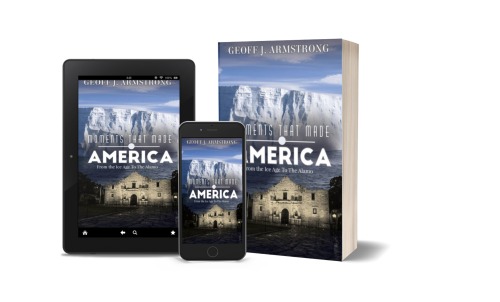 My first publishing venture was vanity or self-published. I chose the self-publishing route because I needed to get the book out of my system

It took about three months, but part of that time was taken up with indexing.

My first reaction to finding a “real” publisher rather than using the self-publishing route was elation. That feeling was followed quickly with the hope that my book would be enjoyed by readers. In didn’t really celebrate. I was a little overwhelmed/

I looked up ways that I could use the Internet to assist the publisher with promotion.

Q: Since you’ve been published, how have you grown as a writer and now a published author?

I have recognized and accepted the fact that I have a much bigger responsibility both to my publisher and to my readers to do my best writing.

First is the enormous changes that I have witnessed over the years. Second has been the amazing competition that publishers and authors face. Today, anyone with a $15 a year domain name and a cheap website can sell their book even if it’s a really awful book.

It’s a bit early to judge the full extent of what the rewards can be, but I have already seen the beginnings of what I would describe as the recognition that I have accomplished something that people only dream about. One thing, however, that I already know is that any possible financial reward is at the bottom of any list I might ever have contemplated. 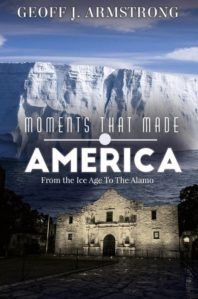 From its geological birth during the breakup of the Pangaea supercontinent millions of years ago, through the nation-shaping key events that led to its political independence from the British superpower, and other crucial, sometimes miraculous events that worked to create the nation, Moments That Made America: From the Ice Age to the Alamo explores those defining moments, both tragic and inspirational that profoundly shaped the nation and its people – crucial turning points that worked inexorably to mold and make America. These pivotal “tipping” events formed America’s geographical, sociological, political and historical landscape. Part 1 culminates with the discovery of gold in California and the role it played in fulfilling America’s dream of Manifest Destiny.

ORDER YOUR COPY AT AMAZON: